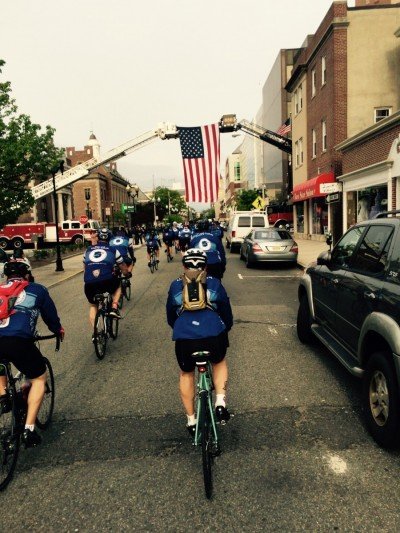 This is the 20th anniversary of the seven day ride from NJ to DC. John is leaving Wilmington en route to Annapolis today and reports that it’s been a great ride so far…as per usual. Maybe a little wetter, but spirits remain high. He says that he’s lost count of how many flags were hung for the riders. Lets wish him all the best!